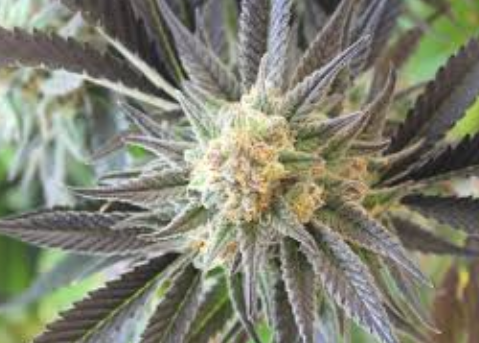 Any consumer loves the results of a good Indica strain. These plants deliver a relaxing high that can uplift the user’s mood while instantly taking away all the tensions in the muscles. That is the reason why Indicas are often used medicinally or after a hard and stressful day.

These past few years, a lot of Indica strains have surfaced in the market. While those strains are certainly good in their own right, there are those that still stand out as the top 10 Indica strains in today’s consumer market.

An Indica-leaning mixture, Strawberry Banana is a combination between Banana Kush and Bubble Gum. It is a seriously potent Indica with great THC content that reach 26%. It certainly isn’t your typical Indica strain because of its potency.

Strawberry Banana has a creeping type of high that doesn’t manifest itself until a few minutes later. It starts out as a mild euphoric buzz that delivers a bit of an uplifting effect as the entire high reaches the rest of the body. When the body high starts to take effect, the user will feel an intense full-body relief that may keep the user couch-locked for a while.

Though this strain has a low CBD content, it is an effective treatment for chronic pain as well as for depression. And because of its strong drowsy effect, it can be used for treating insomnia and other sleep disorders.

You don’t always see a strain of cannabis that’s actually been blessed by a Rabbi. Kosher Kush is certainly the first. Speaking of firsts, it also won first place in a lot of events in the past. That speaks to how famous and how beloved this flavored strain is.

Kosher Kush has a type of high that induces a deeply relaxing effect that eventually puts the user into a sedated state due to its potency. This makes it the ideal strain to use at night whenever you feel lazy enough to do nothing the entire evening. You can spend a relaxing night watching television or listening to good music when using this strain.

Medicinally, Kosher Kush helps deal with a lot of conditions. It can be used against chronic physical pain as well as muscle spasms. Mentally, it can also do well when used to treat depression and anxiety.

The offspringof pure Indica landraces Purple Kush and Purple Afghani, there is no doubt why Purple Kush shouldn’t be on the enumerated of the top 10 Indica strains. It’s a seriously potent strain that has THC content that reach 27%.

You can never go wrong with the blissful type of high Purple Kush induces. It’s a long-lasting euphoric and relaxing effect that is great at relieving all of the tensions in the muscles while also making the entire body feel heavy yet calm.

As a medicinal bud, Purple Kush is effective against all types of body ailments (pain, physical stress, muscle spasms) because of its potent physically relaxing high. And because of its strong sedating effect, it can be used against restlessness and sleep deprivation.

Named after the famous song of the band Grateful Dead, who are also themselves iconic in the cannabis society, Dark Star is a potent bud that has a THC content that can reach 20%. It came about as a result of the crossbreeding between Purple Kush and Mazar-I-Sharif.

The type of great Dark Star supply is typical of any Indica. It calms both the mind and the body while relaxing the entire physical state of the user. Some say that it gives justice to its celestial name because of how it can possibly make the user feel like he/she is right up there with the stars because of its effects.

When used for medical purposes, Dark Star has the potential to fend off any pain because of its effective relaxing effects that tend to release any kind of tensions in the muscles. It can also work well to make the user feel a lot less stressed.

Critical Kush is an award-winning strain that is widely used not only for recreational activities but for medicinal also. It has a really high THC content that only promises to amplify its lovely Indica effects.

This is the ideal strain to use for users that want to enter a state of deep relaxation that’s coupled with a body-heavy high. It simply instantly helps in de-stressing the entire system while inducing the popular “stoned” state Indicas are popular for.

READ  What are Feminized Seeds

Critical Kush has a lot of medicinal benefits because of how effective it is at delivering its Indica outcomes. Ideal for evening use, it can treat sleeplessness and other sleep-related conditions such as insomnia. It can also manage chronic pain really well.

You can’t have a list of the top Indica strains of 2018 without the granddaddy of Indicas. Bred by the ever-popular Ken Estes, Granddaddy Purple remains as one of the most popular strains of cannabis even up to this date.

What sets this strain apart is that it delivers a high that has both mental and physical effects. It helps bring about a state of euphoria while also inducing the popular relaxing effects that are common in Indicas. In that sense, the user will feel like he/she is floating in a dream-like state as euphoric thoughts race through the mind while the body is enjoying a relaxing evening. These effects make this strain ideal for pain, insomnia, and stress.

Blue Cheese is another one of those all-time great strains. It comes from UK Cheese and Blueberry and is just as great as its parents. It may not be as potent as other the other Indicas on this list but it is well-loved nonetheless.

This strain does not hit too hard but it still has the great relaxing effects of its species. And because it is also 20% Sativa, it blasts the user with a euphoric buzz that elevates the mood. This feeling is coupled with its relaxing effects to produce a blissful feeling. Because of its effects, Blue Cheese helps deal with depression, PTSD, and other mood-related conditions.

A legendary strain in its own right and a winner of numerous awards over the past years, Sensi Star is a unique plant because of how it delivers a relaxing effect that is coupled with a mental invigoration only found in most Sativas.

Like any good Indica, it helps make the user feel calm and relaxed from head to toe. However, it has Sativa effects in the sense that a mild cerebral invigoration tends to induce a euphoric state that can uplift the user’s mood without dominating the relaxing properties of this strain.

READ  The Rise of Marijuana Seed Banks in Vancouver, BC, Canada

In that sense, Sensi Star can be a good way to fight off depression and other mood conditions. It is also great at managing chronic pain while promising to be good at treating insomnia and other sleep disorders.

An all-time great always belongs on a list of the top 10 Indica strains. Northern Lights stands as one of the popular strains in the history of cannabis and is still one of the highest-selling to this date.

What makes this strain unique are its psychoactive effects. Not like most Indicas, Northern Lights can stimulate the user’s mind to sensory perception. This goes well with the common relaxing effects found in Indicas.

Great for a lazy afternoon or evening, Northern Lights can help deal with stress while also serving as a treatment for insomnia. It also works to fend off chronic pain due to its relaxing properties.

A strain that has been famous since the 1970s, Blueberry is the father to a lot of today’s Indicas but still stands as a popular bud in its own right. After all, it won the Best Indica award back in 2000 and is one of the most delicious strains on the planet.

With its high THC levels, Blueberry is a popular choice for veteran users that love its potent high and its rare euphoric buzz. It helps make the user enter a dream-like state because of its relaxing properties and mentally invigorating high. And like any good Indica, Blueberry is great at managing stress because of its relaxing effects. It can also work as a pain reliever while also fighting off mood-related conditions such as depression.

As the years go by, more and more different strains of Indica cannabis will enter the market as marijuana becomes even more popular and also legal in a lot of countries and states. With that, the list of top 10 Indica strains might change over the next few years but the one thing for certain is that you can never replace all-time greats that have stood the test of time. And if one of the newer strains become just as popular in their own right, they might even become all-time greats when the time comes.

Marijuana Planting Season – Growing Calendar You Should Look For!

Newly Found Ways to Get High Without Breaking the Law

Marijuana Seeds Germination: What Methods are Unknown to You?

Growing Autoflower Cannabis in Coco – Cultivation Tips You Should Apply

Get to Know the 3 Kings Strain

Getting to Know the Star Killer Strain