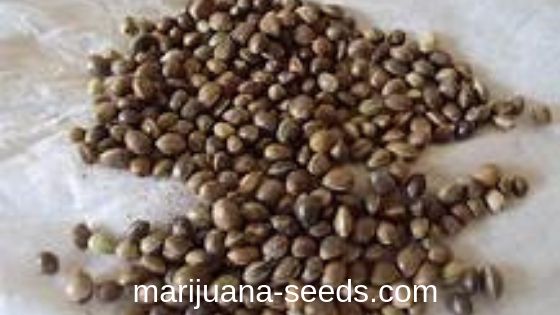 Recently, more and more people are testifying about how marijuana has greatly helped them with the pain management of their illnesses and eventually improve their health. These claims are to support the legalization of marijuana in different states where the trial for its ratification is still pending. And even if some states have strict laws in the possession and purchase of marijuana, many sought to buy MJ seeds online since many deemed it safer than buying it from brick-and-mortar stores and the pros and cons of buying marijuana seeds.

Given that the state government has issued its policies in buying and cultivating marijuana plants at home, is it really worth buying marijuana seeds on brick-and-mortar stores and online stores? What are the things that marijuana crops consumers and growers ought to know when purchasing cannabis?

The Canadian Laws for Recreational Cannabis in Varying Provinces

Although the Canadian government under the lead of Prime Minister Trudeau became instrumental to the legalization of recreational cannabis in Canada, the governing bodies of the Canadian provinces and territories still imposed strict rules. And what makes the legalization a not-so celebrating is that these rules implemented by the provinces vary.

So if you are planning to purchase marijuana seeds and other related products, you should familiarize yourself with the policies implemented in different Canadian provinces.

Policies for Consumers and Sellers in Alberta

Marijuana consumers in Alberta, whose ages are 18 and up, were the only ones allowed to purchase marijuana at least 30 grams. Yet, they’re not allowed to use it in public. And if you have plans to cultivate at home, the government only allows four plants.

On the other hand, marijuana retail stores in Alberta can only sell their products as long as they have permission coming from the Alberta Gaming, Liquor, and Cannabis (AGLC).  Although there’ll be cannabis dispensaries in the province, they are still not allowed to cultivate their own plant as these have to come from the AGLC.

Policies for Consumers and Sellers in British Columbia

The BC marijuana consumers’ legal age is 19 and is allowed to buy MJ on government-run stores; online stores run by the government and licensed retailers. Consumers can keep up to 30 grams per person but are not allowed to keep more than 1000 grams or more than the equivalent in their homes.

Retail stores that distribute cannabis in British Columbia are regulated by the BC Liquor Distribution Branch. Yet, they are not allowed to advertise that they are selling such.

Policies for Consumers and Sellers in Manitoba

Cannabis in Manitoba can be purchased from licensed retail stores by consumers aging 19 and up. Although they can smoke at the comforts of their home, they are not allowed to cultivate the plants. When it comes to distribution, the Gaming and Cannabis Authority of Manitoba chooses the private retailers who have undergone the bidding process. They are only allowed to sell cannabis-infused products and prohibit the production of live herbs and seeds.

Policies for Consumers and Sellers in New Brunswick

If your age is 19 and up, you can buy cannabis only at Cannabis NB, which is the only licensed retailer in the province. And if you want better strains than those you can buy from retail stores, you can cultivate and breed at home up to 4 plants.

Policies for Consumers and Sellers in Newfoundland and Labrador

The legal age to buy cannabis and possess at least 30 grams is 19. Although the Newfoundland Liquor Corporation selects retail stores from the bidding process, you can still breed your own strain at home up to 4 plants.

Policies for Consumers and Sellers in Northwest Territories

When you’re in Northwest Territories, you can buy cannabis from the liquor stores and online that is licensed by the Liquor and Cannabis Commission. The legal age that is allowed to buy cannabis and plant a maximum of 4 marijuana is 19. Although the consumption of marijuana in public is prohibited, you can still enjoy it privately at home.

Policies for Consumers and Sellers in Ontario

If you’re 19 and want to purchase marijuana for recreational or medical use, you can buy it from Ontario Cannabis Store. Although public consumption of marijuana is permitted, you can only do it on designated areas such as hotels, vehicles, and boats that serve as residences. Marijuana breeders and growers who are interested to distribute marijuana can apply for a license but have to pay the fee amounting to $6,000.

Policies for Consumers and Sellers in Quebec

Compared to other provinces where the legal age for a person to keep and consume marijuana is 19, in Quebec, you have to be 21 years old and above. Yet, they are allowed to possess marijuana not over 150 grams at home. Although the cultivation of marijuana at home is not allowed, people can still buy from public stores or online that is regulated by Societe Quebecoise du Cannabis (SQDC).

The American Laws for Recreational Cannabis in the Varying States

Even though only a few states have legalized the use of marijuana for recreational and medical purposes, the cannabis industry in America is flourishing and isn’t showing any signs of slowing down. A matter of fact, it had posted a 76% increase in cannabis jobs and is expected to provide more jobs by 2022 with 330,000, which is higher than the US steel and iron mills’ 268,000 employees.

Yet, like every other controlled substance, marijuana is considered illegal under federal law. The fact of the matter is, marijuana is classified as a Schedule I drug according to the Controlled Substance Act. Categorizing a drug as Schedule I means that the federal government views cannabis as highly addictive and does not have any medical value.

To date, there are 10 states that have legalized marijuana for recreational and medical purposes. These are Alaska, California, Colorado, Maine, Massachusetts, Michigan, Nevada, Oregon, Vermont, Washington, and Washington D.C. As of this writing, marijuana users in New York, New Jersey, and Illinois are anticipating the legalization of cannabis in their state.

The other 33 states only legalize marijuana for medical purposes.

Should I Purchase MJ Seeds online or on Physical Stores?

With the varying laws, rules, and regulations that state in the US and provinces in Canada have implemented, buying MJ seeds became a struggle for many users. Some states and provinces allow the use of marijuana but cultivating at home is prohibited. And so the last resort of marijuana users, breeders and growers are to buy from seed banks. But where should you buy it?

Many marijuana aficionados found it convenient to buy online because it eases the burden of traveling back and forth to buy seeds and saves them from Feds’ suspicions with anonymity in purchases. Buying marijuana online is an educating experience for users and breeders as many online shops provide detailed information about the strains they are selling, as well as the proper way of cultivating the plant. Thus, consumers’ needs and expectations are satisfied.

The downside of online purchases is that not all online stores are legitimate distributors, which can endanger your personal data. Note that upon checkout, you will be required to fill a web form that asks your full name, addresses, and contact number as well as your credit card number. Aside from this, you’re not sure if what you saw on the internet is exactly what you will receive upon delivery.

The joy of visiting physical stores to buy marijuana seeds starts with exploring the different strains that the store is selling. When you visit the physical stores personally, you can verify if the seeds are healthy and viable for cultivation.

Aside from this, you will be able to ask personally the breeder about the best cultivation practices for you to ensure high yields from the seeds you will be purchasing. Best of all, you can guarantee that you really bought the real deal.

However, what makes buying marijuana seeds on physical stores undesirable to some is because of the hassle of going personally to the store. For people who want to keep their marijuana consumption under wrap, visiting the store in person could affect your identity by the social stigma about the use of cannabis. Furthermore, you are susceptible to any marijuana rules and regulations you might violate by accident.

To Sum it up

Whether you are buying marijuana online or through retail stores, it always depends on the rules and regulations that were implemented by the government. As mentioned by Scott McGovern, the founder of Green Rush Daily, anyone can sell cannabis seeds but not all are legal – the same thing on the situations the consumers are experiencing, where they can’t just use marijuana on public although it is legalized in their area.

Although international drug laws can regulate cannabis seeds due to their different purposes to the animal industry, oil production, and clothing, stricter rules are still implemented. Some states and provinces have a relaxing approach towards marijuana consumption, while some impose stricter rules to limit the use and spread of cannabis.

So if you are going to buy MJ seeds, it is best to read and understand the cannabis law that states and provinces implemented to avoid penalties and jail time.

READ  How to Buy Medical Marijuana Seeds Online with Guarantee

Choosing the Right Marijuana Seed Companies to Buy From

Buying Marijuana in a Recreational State – The Ultimate Guide

Top 10 Indica Strains you Can Grow in Canada